The Memorial
It is not dedicated to the Tiananmen massacre per se, but at Washington, D.C., there is a "Victims of Communism Memorial," whose statue is a replica of the Goddess of Democracy. 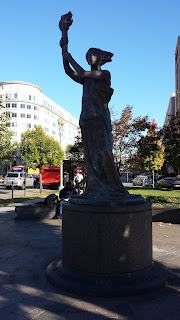 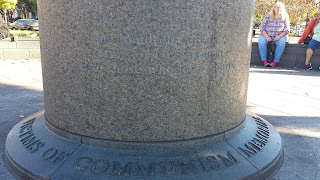 The front side of the statue states:
To the more than one hundred million victims of communism and tho those who love liberty 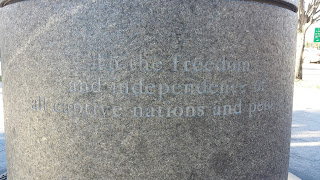 The back side states:
To the freedom and independence of all captive nations and peoples


History
According to Wikipedia, the US Congress passed a bill to authorize the memorial in 1993. But it was not built until 2007. President George W. Bush attended the unveiling ceremony on June 12, 2007.