The Memorial
Near the city center of Oakland, CA, there is a huge group statue by the title of "Remember Them: Champions for Humanity Monument". It "depicts 25 culturally diverse role models who have made significant contributions toward global peace, freedom, and human rights over the past 150 years." The "Tank Man" of Tiananmen is included. 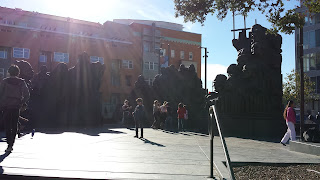 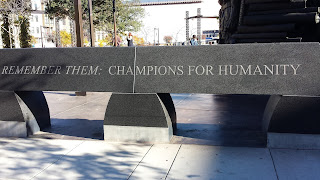 Since the name of "Tank Man" is unknown, his place is named with "Courage". The statue presents a frontal portrait of a typical Chinese student: 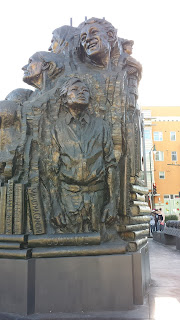 Surrounding the status is a circle of quotations from famous people, including this one by Wei Jingsheng: 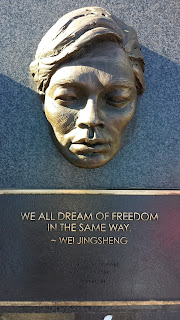 History
The monument was designed by a local artist Mario Chiodo after the September 11, 2001 terrorist attack at New York City. It was completed on May 31, 2013.