On December 9, 1989, US National Security Adviser Brent Scowcroft and Deputy Secretary of State Larry Eagleburger arrived in Beijing. As envoys of President Bush, their mission was to brief Chinese leaders on the recent US-Soviet summit. The visit marked the official end of US government policy of suspending high-level contacts between the two nations after the Tiananmen Massacre. 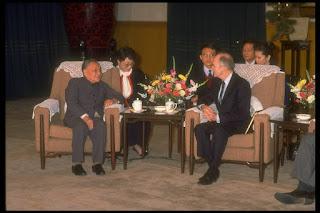 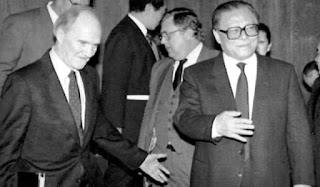 Even during the official suspension of contacts, Bush had previously dispatched the same two officials to China in secret in July. The Chinese foreign minister and the US Secretary of State also held meetings during the United Nation sessions in September.