The following text is sculpted in the pedestal, in both English and Chinese: 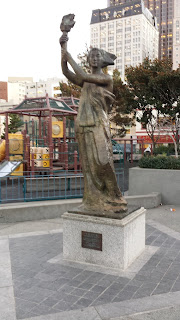 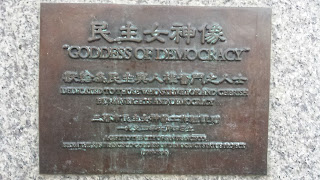 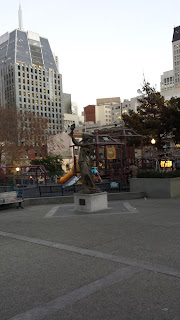 
History
The statue was erected on June 4, 1994, the five-year anniversary of Tiananmen Massacre.