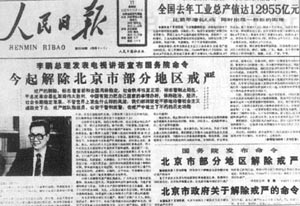 A few hours later, the American government announced that they would no longer prevent the World Bank from issuing loans to China, an economic sanction imposed after the massacre.