This Day in 1989: March, 1990, Trump Comments on Tiananmen in Playboy Interview

The March, 1990 issue of Playboy published a lengthy interview with the famed real estate tycoon Donald Trump, covering many aspects of his life. Three questions and answers were relevant to the 1989 movement:

What were your other impressions of the Soviet Union?

I was very unimpressed. Their system is a disaster. What you will see there soon is a revolution; the signs are all there with the demonstrations and picketing. Russia is out of control and the leadership knows it. That's my problem with Gorbachev. Not a firm enough hand.

You mean firm hand as in China?

When the students poured into Tiananmen Square, the Chinese government almost blew it. Then they were vicious, they were horrible, but they put it down with strength. That shows you the power of strength. Our country is right now perceived as weak ... as being spit on by the rest of the world--

Why is Gorbachev not firm enough?

I predict he will be overthrown, because he has shown extraordinary weakness. Suddenly, for the first time ever, there are coal-miner strikes and brush fires everywhere- which will all ultimately lead to a violent revolution. Yet Gorbachev is getting credit for being a wonderful leader and we should continue giving him credit, because he's destroying the Soviet Union. But his giving an inch is going to end up costing him and all his friends what they most cherish-their jobs. 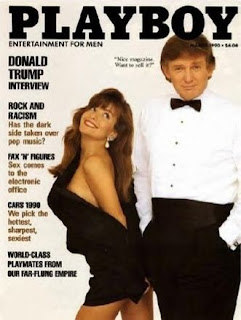