This Day in 1989: Fang Lizhi Unable to Attend Bush's Banquet

In the evening of February 26, 1989, Professor Fang Lizhi and his wife Li Shuxian, accompanied by their American friend Perry Link and his wife, were on their way to the Great Wall Sheraton Hotel, where the visiting President George H. W. Bush was hosting a banquet. In a somewhat surprising and controversial move, Bush had invited this prominent dissident as a gesture of support.

Their car was soon stopped by the police, citing a traffic violation. They walked instead, but were refused entry to the hotel. The police even ordered taxi and bus drivers not to pick them up when they tried to go to the American Embassy instead.

They eventually ended up at the Shangri-La Hotel and told their stories to the foreign press there. Fang Lizhi protested that "this is a fresh example of the human rights violations in China." 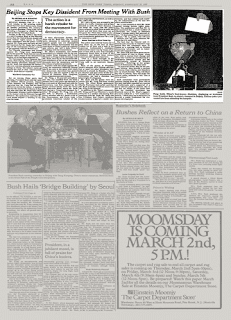 The Bush administration had only muted response to the incident.

On February 13, 1989, 33 prominent writers in Beijing co-signed an open letter to the National People's Congress and the Communist Party Central Committee, supporting Fang Lizhi's call for an amnesty of political prisoners.

The signatories are: (A few of them later claimed that their signatures were forged or obtained under false pretense.)

Cui Jian Comments on the Memory of Tiananmen Massacre

Cui Jian, who once performed for the hunger striking students at Tiananmen Square in 1989 and more recently turned down an opportunity at the CCTV spring festival gala, was asked about the memory of the massacre while promoting his new file in New York City.

Answering the question from Rose Tang (唐路), who was one of the students at the square during the massacre, Cui Jian stated that, regarding to that part of history, "although we don't talk about it. But in fact the event has influenced us very, very deeply... even as terror, even as wounds, even as a technique, a trick, or a quibble, it's still embedded in you."

According to Voice of America, 30 dissidents in China gathered at Henan Province to openly commemorate Zhao Ziyang, Hu Yaobang, and those who died during the 1989 today. The rural location happens to be the birthplace of Zhao Ziyang.

They displayed a giant mural that included a picture of 1989 protest at Tiananmen as well as the sensitive words "June 4" (6 - 4), marking the day of the massacre.

This is the second time such open commemorative activities have been organized in China. There were plain-cloth policemen monitoring the scene but the government took no action to hinder or interfere the proceedings. 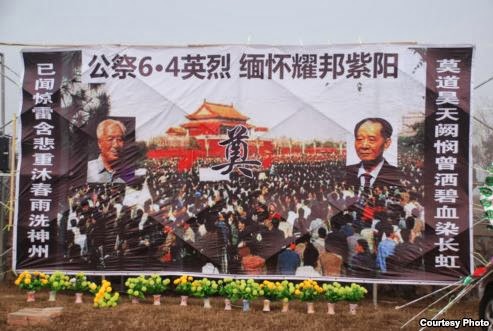 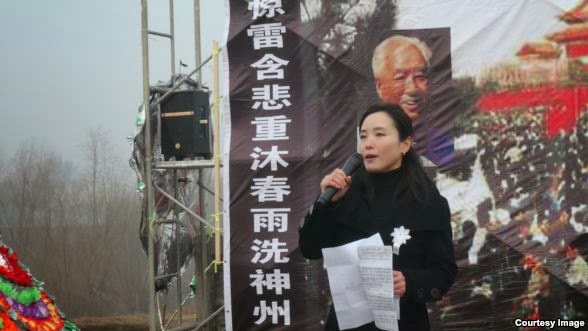 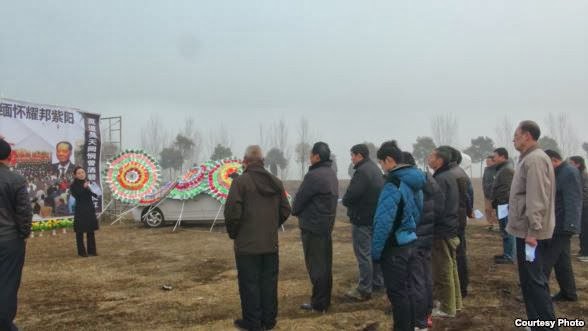 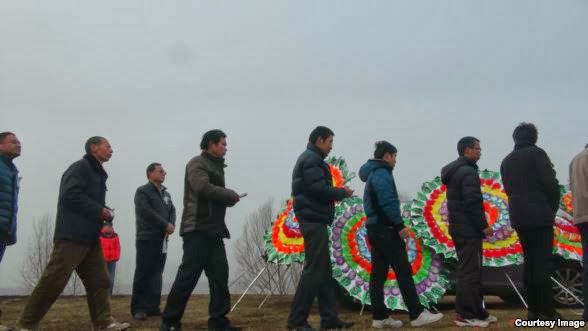 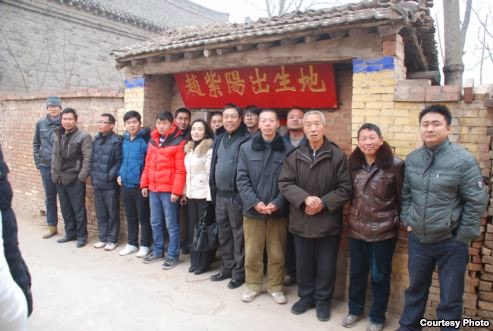