The Daily Beast recently reported that Hou Xiaotian (侯晓天), Wang Juntao's ex-wife, is now back in Beijing as a successful businesswoman. 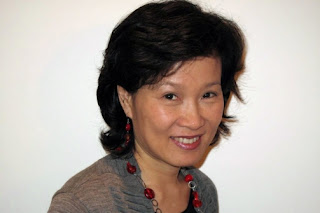 Hou Xiaotian was Wang Juntao's wife when the latter was involved in a series of dissident activities that culminated in the 1989 student movement. However, she had kept a low profile herself except in the years after 1989 when Wang Juntao was sentenced to 13 years of prison. Then, Hou Xiaotian became a champion in appealing for his release and other human rights issues and was detained by the government numerous times herself.

The couple moved into exile in United States after Wang Juntao was released in 1994. But they were divorced by 1999 and went on separate career paths. While Wang Juntao earned a Ph. D. in political science and stayed active in oversea dissident movements, Hou Xiaotian went to work as a Wall Street financial analyst with a master's degree in public administration. She now has her own research and advisory firm T. H. Capital.

Daily Beast reports that Hou Xiaotian was turned back at the Beijing airport when she attempted to return to China for the first time in 1997. But she eventually gained acceptance in 1999 by "arguing that she never engaged in anti-government activities but merely sought for implementation of China's own laws." Last year, she was able to establish an office in Beijing for T. H. Capital.

Posted by Eddie Cheng at 9:32 PM No comments:

On March 14, 1989, 43 intellectuals signed an open letter to the National People's Congress which was in session at the time. This is the 4th and last in the wave of open letters appealing for amnesty in the spring of 1989.

At this moment just before the the 40th anniversary of our country, we call on the National People's Congress to follow the precedents since the founding of nation and provide amnesty to some prisoners. A little earlier, some intellectuals called for the release of Wei Jingsheng and others. We believe their suggestion is in accordance to the Constitution and the will of people. Therefore, we once again appeal for the National People's Congress to consider it.

(For the Chinese names of the signatories, please view the original version here.)

Posted by Eddie Cheng at 8:43 PM No comments: