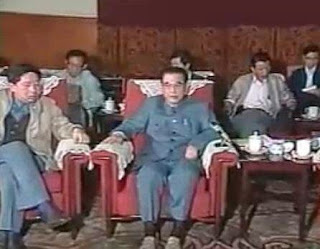 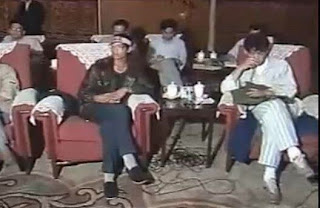 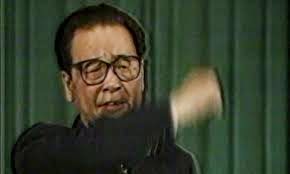 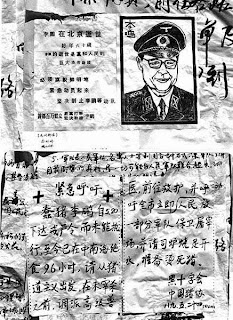 In 1989, Zhang Jian was a freshman at Beijing Sports College, barely 18. He had of course participated in the early protests and demonstrations along with his fellow classmates.
Later, he joined the team of student marshals at Tiananmen Square. Perhaps largely due to his strong body and athleticism, he was often chosen to serve as body guard for the inner student leadership.

Phillip Cunningham knew him quite well from their frequent encounters during that time. Cunningham remembers Zhang Jian as an always lively and spirited, he likes to call him "Crazy Zhang". Zhang Jian, on the other hand, loves to show off a military hat in his possession. He tells anyone who would listen that it was from a soldier who had surrendered to students.

When some of the student leaders started to disappear from the Square as massacre was approaching, Zhang Jian was appointed to be the "Commander in Chief of Student Marshals" by Chai Ling. He would later tell his tales of that horrible night: trying to stop the advancing army near Qianmen; led student marshals to rescue soldiers (from being beaten to death) escaping from a burning armed vehicle; and finally, coming face to face with an army officer, who prompt shot him.

He was rescued and sent to a hospital nearby, where he had surgery and hid for 90 days. One piece of shrapnel in his leg did not come out until a surgery in Paris in 2008.

Zhang Jian left China in 2001 and has lived as an exile in Paris ever since. He worked for a living while spending much of his time with oversea Chinese dissident activities.

On April 15, 2019, Zhang Jian suddenly lost fainted during a flight back to Paris from Tailand. The plane made an emergency landing but he died in a hospital in Munich, Germany.