Born in 1925, Li Honglin joined the Communist revolution in its early stage. In the 1950s, he began working at Party Central, focusing on theoretical research. During the 1980s, his name frequently appeared among an active group of famous liberal intellectuals. He published many influential essays, including "There is no Banned Books", "Science and Superstition", "The History of Chinese Thought Movement", etc. 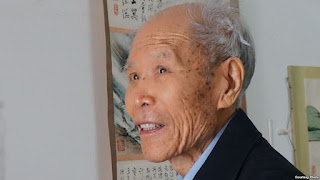 In Feburary, 1989, Li Honglin co-signed the open letter by Beijing intellectuals. After the death of Hu Yaobang, he was part of the commemorator session by intellectuals hosted by the World Economic Herald.

During the 1989 movement, his activities were mostly in accordance of those with other intellectuals. Most significantly, he was part of the "Twelve Scholars" who went to Tiananmen Square to pursuade students stop hunger striking on May 14. Later, he co-signed a statement by intellectuals on May 16.

He was arrested after the massacre. After being detained for almost a year, he was released without charge.