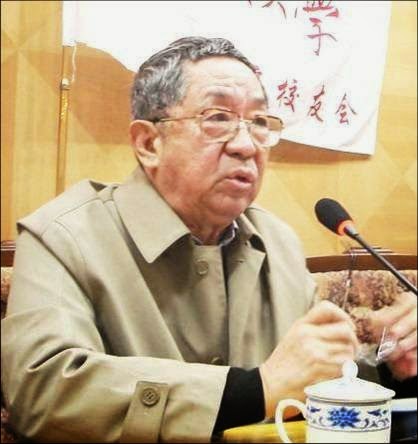 A posthumous memoir by the late General Secretary Zhao Ziyang is making the news currently. But if we had a real chance to have a peek of the inside work within the Chinese government during the chaotic weeks of 1989, the most intriguing person would not be Zhao Ziyang, Li Peng, or even Deng Xiaoping himself.

The most interesting figure would be Yan Mingfu, a career bureaucrat who was heading the United Front Department within the Party leadership at the time. Being the son of a prominent leader, Yan Mingfu had grown up a privileged life to become one of the second-generation leaders. He was once the personal Russian interpreter for Mao Zedong himself. Yet during the Cultural Revolution, he was also jailed for being accused as a Soviet spy.

At the United Front Department, part of his job was to appease and control the intellectual community which was always a potential trouble maker. With an open mind, Yan Mingfu managed to maintain close and cordial relations with many prominent intellectuals.

In the Spring of 1989, when students marched the street, it was Yan Mingfu who took the first initiative from the government side to contact the emerging students directly. In order to achieve that, he had to solicit help from people like Wang Juntao, a figure considered fringe by the government. While not being able to cross the party line himself, Yan Mingfu displayed a sincere and straightforward attitude that was absent from other officials. In the earlier stages of hunger strike, Yan Mingfu hosted a dialogue with student leaders which came closest in meeting students' demands. (Whether Yan Mingfu took these actions on his own initiative or as part of a strategy from Zhao Ziyang is still a mystery.)

After the collapse of that dialogue, Yan Mingfu made an even bolder move. He appeared at Tiananmen Square himself, the highest official ever present there, and spoke directly to students. While appealing for students to end their hunger strike, he offered himself as a hostage to ensure the students' demand could be met. Unfortunately, he did not follow through and left the Square amid a chaotic scene of Wuer Kaixi's fainting. (There were indications that he was forced into a vehicle by his aids/guards.)

Yan Mingfu's personal influence dwindled after the failed dialogue and the escalation of the movement itself. But he stayed close to a few student leaders and gained their complete trust and admiration. Wuer Kaixi and Wang Dan had come to see him as a needed father figure in their tumulus times. Behind the scenes, Yan Mingfu played a role in persuading some student leaders in ending the hunger strike and provided guidance for them in the latter stages of the movement.

When student leaders finally met with the Premier Li Peng, Yan Mingfu was also in the presence as a government representative. But he failed to side with students at the time and acted out his role according to his position.

After the crackdown, Yan Mingfu was sacked and stripped all his leadership positions along with Zhao Ziyang and others who was sympathetic to students. He disappeared from the public view for a couple of years. In the 1990s, he made a mild comeback of sort as a lower-ranked government official focusing on charity work.

Close to eighty years old, Yan Mingfu appeared to have retired. However, he still occasionally writes memoirs on his father and the early years of the Chinese Communist Party. There has been no word from him about the 1989 experience.