Born in 1955, Zhang Wei is one of the luckier ones among his generation. When college entrance exam was re-established in 1977 after the turmoil of Cultural Revolution, he earned his entrance to Peking University as a student of economics. Two years later, he became the President of the official student union, typically a step stone to a political career in China.

In 1989, when an unexpected election campaign emerged in Peking University, Zhang Wei couldn't help to jump in, despite cautions from school officials. He joined the dissident-minded candidates such as Hu Ping and Wang Juntao but maintained his own brand of "moderate reformer" stand. He garnered third most votes, just behind Hu Ping and Wang Juntao but won deserved respects from his peers.

After graduating in 1982, Zhang Wei turned down an offer to be a youth official at the school and chose a low level position in Tianjin. In two years, he rose to be the head of a new development zone in the city and became a distinguished reformer. His work earned attentions of top-level government officials.

As his star was rising, the 1989 student movement erupted. Zhang Wei was 34 then, already one of the top officials in the Tianjin city government. He did not participate in any of the protests, but after the declaration of the martial law, he wrote and submitted a short resignation letter:


I protest the decision of deploying army against unarmed people engaging in peaceful protests. I cannot agree with Li Peng's speech. Now my official duty and my loyalty to people are in conflict. I have to choose the latter. Therefore, I resign from my post.

After the Tiananmen Massacre, He wrote more protesting letters to the central government.

Zhang Wei lingered on a few years after the resignation and suffered a divorce. In 1993, he got accepted by Harvard University and left China for graduate study, while seeking treatment for his young son with leukemia. He earned a masters degree from Harvard in 1995 and then a Ph. D. from Oxford University in 2000.

Since 2002, Zhang Wei has been the president of the Center of Chinese Economics that he founded at Cambridge University. He is still not allowed to return to China. 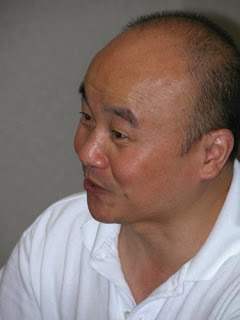