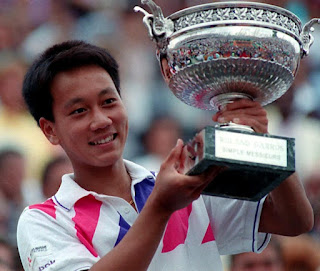 Receiving the award, Michael Chang said, "God bless everybody, especially the people of China." It was just one week after the Tiananmen Massacre.

In 2008, when he was inducted into the tennis Hall of Fame, Michael Chang recalled that year and disclosed that, during the two weeks of 1989 French Open, "if I wasn't playing my match I was glued to CNN watching the events unfold."