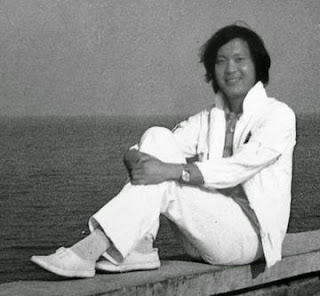 Luo Yihe was born in 1961 and graduated from Peking University in 1984. He became an editor of a prominent literature magazine The October (《十月》) upon graduation, as well as a famous young poet in his own right. After his fellow poet and alumni Haizi committed suicide, Luo Yihe took care of the affairs and published collections for Haizi.

It is not known whether Luo Yihe had participated in the 1989 student movement himself. In the evening of May 13, 1989, Luo Yihe was at Tiananmen Square with his wife and a few friends. They were observing the hunger striking students marching into the Square. Soon, he was overcome by excitement and collapsed. He was sent to hospital by ambulance but never woke up again. He died of stroke on May 31, 1989.