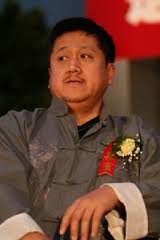 Professor Kong Qingdong (孔庆东) has never been your typical academic. Rather, his outspokenness, which sometimes borderlines on intentional offensiveness or even insanity, makes him a frequent media darling or villain, depending on your point of view. He is also a self-claimed descendant of Confucius.

And every time he causes a public stir, people with varied motives love to dig up his past - that he was once an active participant of the 1989 Chinese student movement. 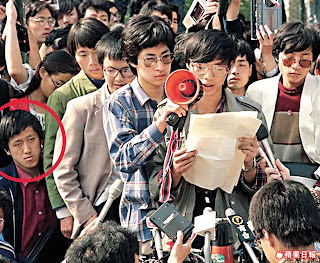 In 1989, the 24-year-old Kong Qingdong was a graduate student of literature at Peking University. Little was really known about his activism before the movement.

In late April of 1989, just when the Preparatory Committee at Peking University was busy organizing itself amid confusion and bitter infighting after the initial protest wave, Kong Qingdong emerged as one of the student representatives and elected into the inner circle, eventually becoming the head of the Committee on April 25.

Kong Qingdong worked with Shen Tong and others in the Committee in an effort to arrange an official dialog between top school officials and their rebellious organization, in lieu of an official recognition. Their negotiations showed promise but were interrupted by the infamous April 26 People's Daily editorial and the subsequent April 27 demonstration. Along with Shen Tong, Kong Qingdong tried in vain to keep that demonstration on campus. They henceforth lost the trust of some of their fellow student leaders and were even suspected as moles. Kong Qingdong eventually lost his post in another election on May 2 and appeared to have dropped out the movement from then on.

It is not known what repercussion, if any, Kong Qingdong had suffered in the aftermath of the suppression. He left Peking University and spent three years wandering in remote areas of China. But he was able to make his way back to the same school as a graduate student again to earn his doctoral degree in literature.

Since mid-1990s, he has become a prolific writer, publishing numerous popular books. He also became a professor at Peking University. But it is his public persona, as an outrageous commentator in TV shows and other media, that garnered most attention for him. His political views now align with those "ultra-left wing" who displays nostalgia of the old Maoist China and strong nationalist pride, defending the legitimacy of the Communist rule. It is a far-cry from the days when he was standing among his fellow students in Tiananmen Square.