Happenings at the 21st Anniversary

There have been many commemoration events, large and small, real and virtual, around the world during the 21st anniversary of the Tiananmen Massacre. Here is an obviously incomplete list of the major occurrences, in no particular order: 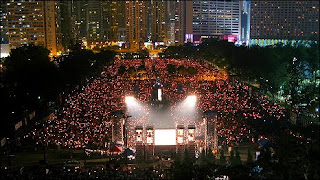