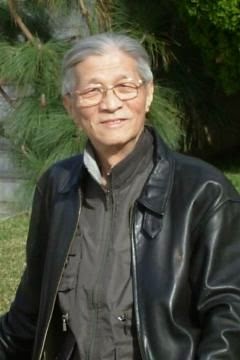 Born in 1940, Chen Yizi studied theoretical physics at Peking University before he changed his major to Chinese literature. But in any case, his study appeared to be in vain when he was forced to spend 10 years in the countryside to be "reformed through labor."

In 1980, he was finally called back to Beijing and founded a group to study agriculture development, upon which he spearheaded the very successful reform in countryside in early 1980s. Thus, he became one of the most significant figures of the socalled "in-system" (体制内) reformers, being very close to the highest power. Later, he also became one of the closest advisers to Zhao Ziyang.

Chen Yizi avoided direct involvement in the early days of 1989 student movement. However, by May 19, when hunger strike entered a critical phase, Zhao Ziyang's position in grave danger, and martial law was imminent, he organized four official organizations close to Zhao Ziyang and published a statement that disclosed the split within leadership and supported the student movement. Then Beijing mayor Chen Xitong cited this document as an intentional act of disclosing state secret.

The day after the massacre, Chen Yizi wrote a statement to withdraw from the Party and then escaped from China. He spent rest of his life in exile, during which he chaired a program at Princeton University for fellow exiled intellectuals and published his personal memoir in 2013.