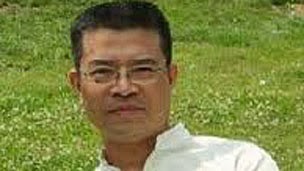 When the 1989 Chinese student movement broke out in Beijing, then 34-year-old Chen Xi was a political staff in a college in the remote Southwestern Guizhou province. But unlike most of his peers in that profession, he was open-minded and already active in the local scenes, organizing a series forums and making many friends. Early that May, when students in Guizhou started to act in support of their compatriots in the capital, Chen Xi coordinated with authorizes in schools and law enforcement agencies to ensure an orderly student demonstration, escorted by the local police forces. He maintained his contacts with student leaders throughout the movement.

Yet his most daring move was on June 5, after tanks had already rolled in Beijing. That night, he and a few others gathered to form a "Guizhou Patriotic Democracy Association," calling for a general strike to protest the massacre in the capital. They were all arrested within days. A year later, Chen Xi was sentenced to 3 years of prison for "counter-revolutionary propaganda and agitation."

After he served his sentence, Chen Xi soon took part in the activities of organizing opposition parties while insisting on demanding a re-evaluation of the 1989 movement. In March, 1996, he was arrested again and sentenced to 10 years for "organizing and leading counter-revolutionary organizations." He only walked out the prison in 2005.

Yet Chen Xi never stopped what he does. In the recent years, he organized a series of symposiums in Guizhou on human rights and published hundreds of articles on Internet forums to commemorate the 1989 movement as well as calling for democracy. It is some of these articles that landed him in jail one more time.

On December 26, 2011, Chen Xi was sentenced to another 10 years for "inciting subversion."