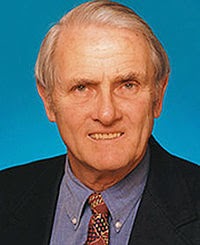 Jim Lilley became the American ambassador to China in the spring of 1989, just as the undercurrent of student movement was emerging. Although he was born in China and had previously served as the CIA station chief in Beijing under George H. W. Bush, he was not as deeply involved with the Chinese intellectual community as his immediate predecessor Winston Lord.

Jim Lilley has been credited for providing daily, detailed reports about the events to then President George H. W. Bush during the turmoil of 1989. But his influence or effects, if any, to the movement itself remains unknown.

He did take some notable actions after the massacre. His embassy provided asylum to the famous Chinese dissident Fang Lizhi and he took an uncompromisable stand on the issue in Fang Lizhi's safety and well-being. At the same time, however, he also arranged a secret diplomatic mission which had the national security adviser Brent Scowcroft visiting Beijing and toasting with Deng Xiaoping.

Jim Lilley successfully negotiated the settlement which sent Fang Lizhi out of Beijing and to the United States. He was subsequently shocked to see Fang Lizhi criticizing the US as well as President George H. W. Bush as soon as he had stepped on the American soil. He had never forgiven Fang Lizhi for that action. Fang Lizhi, on the other hand, quickly lost his standing with the American governmental circle.